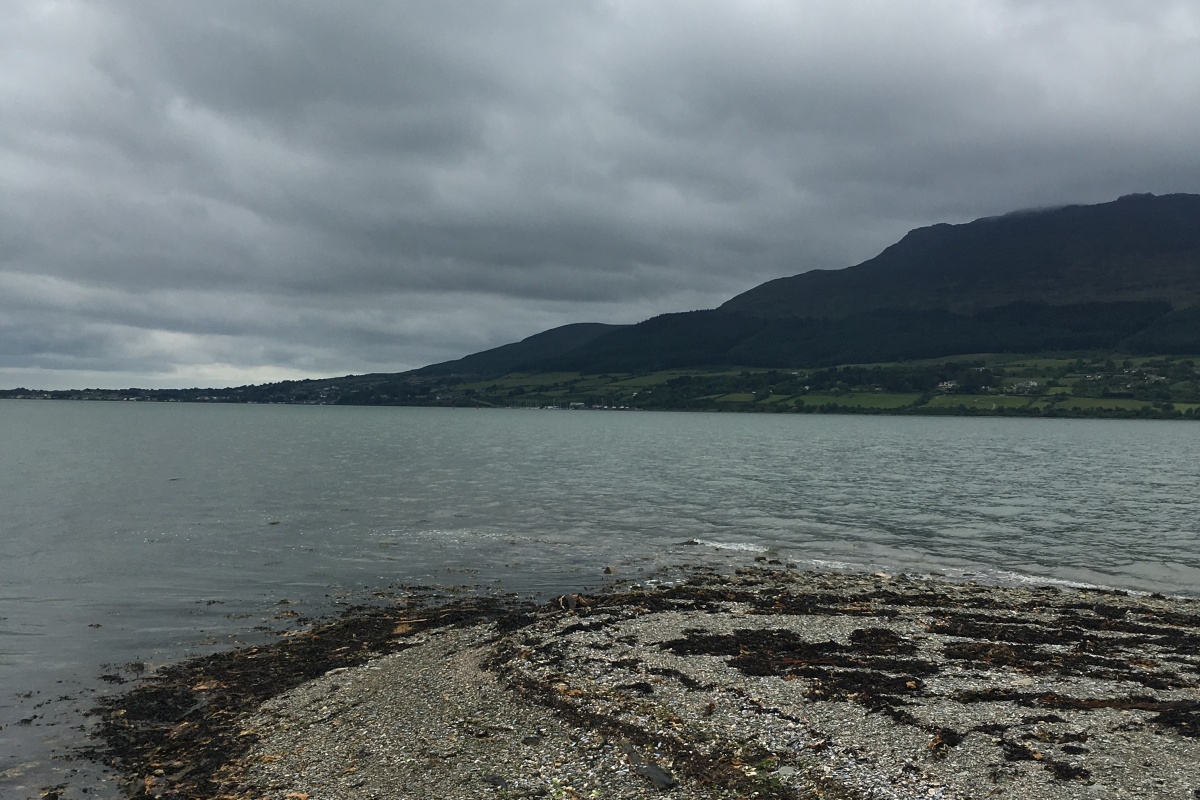 With a strong background in all things Environmental, I am always looking to understand the land and sea on this amazing planet. During my studies, I tended to focus on coastal landscapes as they appealed to me the most. This is probably because I grew up close to the shores of Carlingford Lough and was always finding a feature that astounded me. So, when I started to learn about the influences of wave action on the coastline I began identifying the reasons behind certain features found along Carlingford Lough.

Most people understand that beaches are formed due to the friction inflicted on the coastline by the waves and tides of the ocean. Not only is the shape of a beach influenced by the wave action, but the beach slope and sediment size are too. Where wave action is not as powerful, you would normally find larger sediment on the coastline like pebbles and this is what is typical along most of Carlingford Lough. Some areas of the Lough shores have sand but mostly it is shingle beach with lots of seaweed washing up along the highwater mark.

One of the features that always amazed me was Killowen Point, a place that I visited numerous times but was always impressed by. The point looks like a big arm extending into the Lough and it raises the question of how this can happen. I know that it is a simple process of erosion and deposition which is occurring constantly, but it still intrigues me. The tip of the point is submerged during high tide and can only be seen fully during low tide. I find it so interesting to see how the point will change over time, if I will easily notice changes to its length or shape. 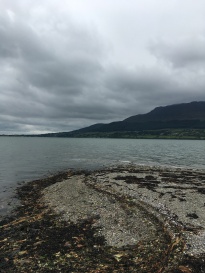 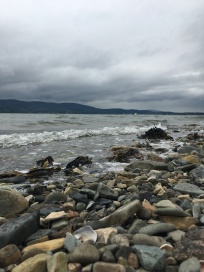 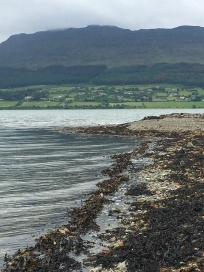 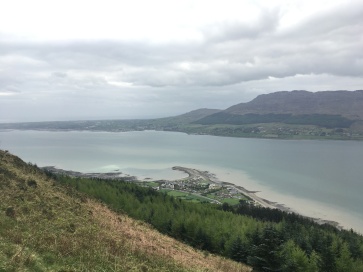 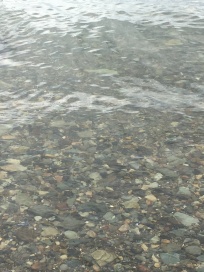 I love that in the photo I took down at the waters edge, that you can see a perfect curvature of the high watermark, proving how special and unique our coastlines can be. On the same day I took a photo of the water as I was pleasantly surprised at how clear the water was at this location. Living around a harbour town notorious for a lot of shipping traffic, seaweed and mud, the waters mostly seem murky around Carlingford Lough, so this was a welcome new experience. The photo looking down on Killowen Point was taken along the slopes of Slieve Martin (Sliabh Mártain) which shows the Point in all its glory during low tide. From here you can see a lot of Carlingford Lough and you will start to notice that there are other land formations along the shores that mimic this one at Killowen Point, however they are all man-made. You can see piers and slipways on either side of the Lough but Killowen Point is a naturally occurring deposition of sediment over time which has created a permanent sandbank.

Over the centuries construction has occurred along coastlines worldwide to create promenades and walk ways and sadly it took a long time for the negative impacts of this to be recognised. But here, in Killowen, nature created her very own walkway towards Carlingford Lough for people to use and enjoy.