So, I have finally been introduced to the brutal Canadian Winter over the last few days. Most of North America has been suffering through some extremely cold weather over the last week, the weather system was named the Polar Vortex. Although Calgary was quite lucky and didn’t get the lowest temperatures across North America, it was still very cold!!

Let’s be honest, some of the photos that have been circling social media about the Polar Vortex have been both shocking and entertaining!!

With temperatures plummeting, most people were staying indoors, but some people braved the cold to take some incredible photos and videos. We were introduced to the “Frozen Pants Challenge”, some crazy frozen hair-do’s and a lot of people creating their own snow. I tried out the latter and headed out into -36°C with a flask of boiling water ready to recreate the many photos I seen online. It was a lot of fun, throwing a cup of boiling water into the air and watching it instantly freeze and turn into snow. I captured some cool photos and videos, but I started to get cold very quickly. 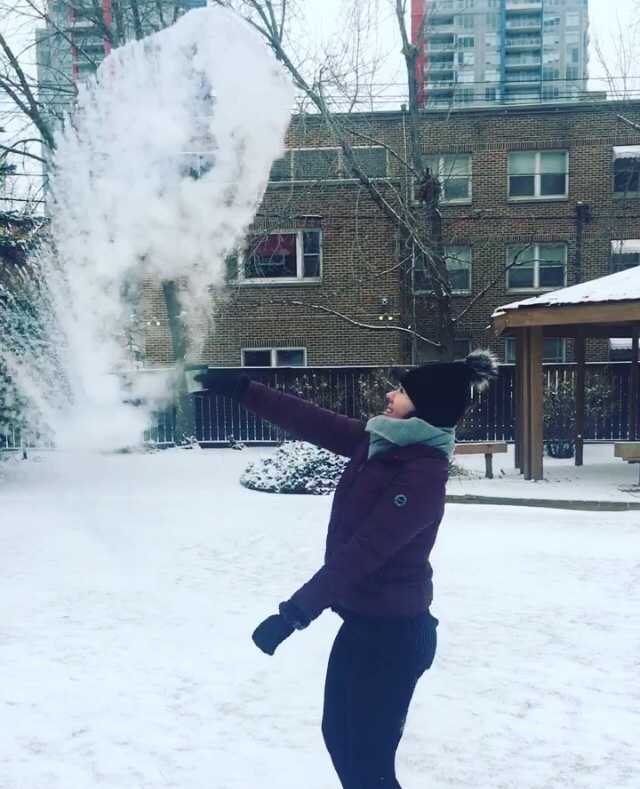 A few things that I have never experienced before 2019’s Polar Vortex;

Looking at photos of Lake Michigan and Niagara Falls during the big freeze were mesmorizing and beautiful but looking at them, I just see the impact of Climate Change. While North America was experiencing some of its coldest temperatures, Australia was in experiencing it’s hottest month on record. Tasmania is being ravished by wildfires and the smoke is spreading to New Zealand. To me, it is alarming how different the Northern and Southern Hemispheres are acting at one time. These extreme weather events are a clear indicator for a changing climate, and it is something that we all need to focus on and stop ignoring.