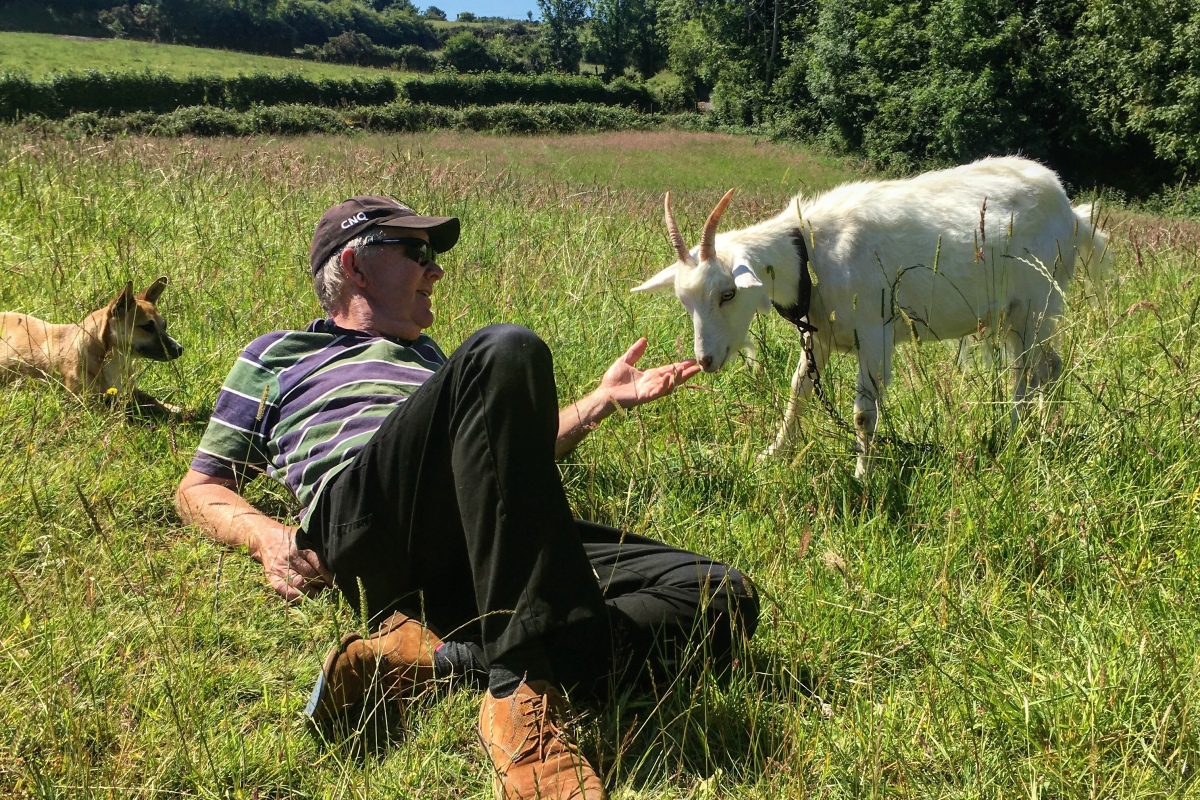 Growing up in rural Northern Ireland, I have always been lucky to be surrounded by animals. From I was very young, we have always had Horses, some have been Thoroughbreds for racing, some have been Ponies and others have been Cobs. Mostly my Dad likes to keep them as pets rather than working Horses, keeping them wild and unbroken. I wasn’t a natural Horse-rider, nobody in my family was, instead I was more content to just watch them and feed them their favourite treats.

My Dad loves animals and he definitely passed that trait on to me, it has always been something that we have had in common. My other siblings weren’t as interested in animals as I was, so he revelled in teaching me everything he knew.

I have had the usual dogs and cats over the years but I have had a few more unusual pets. We found an injured Canada Goose that had migrated to Northern Ireland during the Winter months. We looked after it until it was strong enough to fly home. I don’t know if you have ever seen a Canada Goose in person, but they can be pretty hostile around people. We kept the Goose with Chickens at my cousins farm and she seemed pretty happy to be around other birds. It was really kind of funny just how loud she could be and if you ever got to close to her she would charge at you. Although I spent most of the time being chased by her, I still missed her when she was gone. This made my Dad become interested in rescuing animals, so he would often visit the local animal hospital, and this led to him coming home one day with a Peacock. He was so beautiful, I named him Peter, Peter the Peacock, but sadly he had cancer and was very sick. As a young girl, this was my first realisation that animals could get sick just like humans. I remember going to school and telling everyone about my pet peacock and absolutely nobody believing me. My Dad worked on the grounds of a local house that was once a convent and had large grounds. He took Peter there, saying he belonged in a place like that, where he was free to roam around and look majestic. Over time, as he got sicker, his beautiful, glorious tail fathers began to shed and my Dad collected them for me to keep. We didn’t have Peter for a long time, but he was special and we still have those feathers even years later.

When I was about 18, every single day on my ride to school I would experience a few moments of pure sadness. This was because everyday, my bus drove past a neglected Horse and I couldn’t stop myself from looking at it. I mentioned it to my Dad, and he expressed his same sorrow every time he saw the Horse, so he decided to do something about it. He found out who the owner was, approached them and begged for them to sell her to him. Finally the owner agreed. This beautiful animal had been left in a field for months and was knee deep in mud, barely able to move around and she was very malnourished. When she first arrived at our house, she was scared and highly agitated, she simply didn’t trust people anymore. So, my Dads solution was to spend quality time with her everyday until she would trust him. He treated her they way she deserved to be treated. He washed her everyday for a full week to help gain her trust, at the start she would barely let him touch her but by the end, she was following him around looking for his attention. Both her mane and tail were nearly like dreadlocks but after some special care and lots and lots of my L’Oréal shampoo and conditioner, she looked amazing. I wasn’t even mad that all of my shampoo was gone, because she really was worth it!! Over time, this horse became the most tame and friendly one that we ever had and she was definitely my Dad’s favourite.

I love how caring, passionate and patient my dad is with animals and I am so lucky that he has taught this to me. It is funny because my Mum couldn’t be more different than us, as she is absolutely terrified of all animals, even though she grew up on a farm. She definitely did not understand how I could be so excited and happy when Dad surprised me with a Goat last Summer. She was a beautiful, pure white Goat and I named her Heidi. So, we currently have a Horse, a Goat and a Dog but I keep hinting about wanting a Donkey, so we shall see, there might be a few more additions in the future.

🐚🐚🐚
Happy to be back to sunny beach days ☀️☀️☀️
I’m bird watching, the robin is human watching 👀👀
Living for this February sunshine ☀️ ☀️☀️
February Fungi 🍄
Spring is on its way 🎉